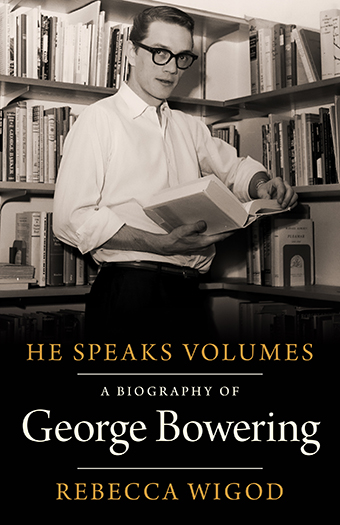 This biography of George Bowering, first Canadian Parliamentary Poet Laureate, reveals the intimate, intellectual, and artistic life of one of Canada’s most prolific authors, offering an inside look at the people and events at the centre of the country’s literary and artistic avant-garde from the 1960s to the present.

A distinguished novelist, poet, editor, professor, historian, and tireless supporter of fellow writers, two-time Governor General’s Award winner George Bowering was born in British Columbia’s Okanagan Valley. After serving as an aerial photographer in the Royal Canadian Air Force, Bowering earned a BA in English and history and an MA in English at the University of British Columbia, where he became one of the co-founders of the seminal avant-garde poetry magazine TISH. He has taught literature at the University of Calgary, Concordia University, and Simon Fraser University, and he continues to act as a Canadian literary ambassador. Bowering has authored more than one hundred books, including works of poetry, fiction, memoir, criticism, and youth fiction; his writing has also been translated into multiple languages. He has been shortlisted for the Griffin Prize for Poetry, the Stephen Leacock Award for Humour, and the BC National Non-Fiction Award.

His friend Margaret Atwood has said, affectionately, that he hides his real self behind a goofy act, giving “a genial imitation of a man acting like a nincompoop”.

Home Truths: Highlights from BC History, ed. Richard Mackie and Graeme Wunn, Madeira Park, Harbour, 2012, 415pp. Essays in response to GB’s essay “Home Away” in the Summer 1984 issue of BC Studies. 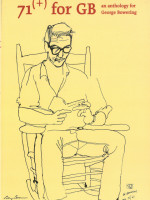 A Record of Writing: an annotated and Illustrated Bibliography of George Bowering, by Roy Miki, Vancouver, Talonbooks, 1989, 401 pp.