It was a very difficult argument to understand and remember, but what Olson said was that history isn’t something that you consume; it’s something you live. There’s no border between the history you find in your history books and the life you live; the writing and the life are twin of each other. So—and he didn’t make this argument, but other people did—there’s no such thing as this cherished objectivity on the part of historians. Not only is it not possible, but it’s a goofy idea. And it doesn’t make for good books. One of the clichés about historical writing is that it’s dull. And the reason it’s dull is that they try to use neutral language. Crazy idea.

With Bowering’s B.C. and Egotists and Autocrats, his bestselling histories of British Columbia and Canada’s prime ministers, George Bowering introduced us to his inimitable brand of narrative history. As carefully researched as any weighty tome, but written with the vigour and immediacy of the best kind of fiction, his retellings of our nation’s past have captivated readers coast to coast. Now, with Stone Country, his subject is our nation as a whole.

Beginning with our beginnings, George Bowering offers theories about the genesis of life in Canada, bringing to life dinosaurs, woolly mammoths, Kennewick Man and the Clovis people. He describes the coming of the Europeans: a handful of Norsemen at first, then a centuries-long gap before the arrival of explorers such as Cabot, Cartier and Champlain. He takes us from New France to a federal Canada of the 21st century, and shows how the agricultural, religious and economic systems put in place by the first European settlers became the backbone of Canadian society.

“Bowering doesn’t pull it off. While highly readable, Stone Country fails to offer a valuable new perspective on Canadian history.”—goodreports.net

“Stone Country has the standard architecture of Canadian history, but the tone and language of a Kurt Vonnegut novel…. [It has] irony and wit, two qualities absent from most Canadian histories.”—Globe & Mail 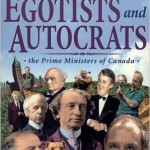 “In Bowering’s view, Canada has never been led so much as watched over. Our prime ministers have suffered the thankless task of overseeing a vast underpopulated land ready to be torn apart by regional lunatics or swallowed up by Imperial so-called friends: mainly, Britain and/or the U.S. You can almost see Bowering’s wry smile as he recounts the struggle of various PMs to balance the country’s competing interests. Mulroney didn’t invent East/West conflict, he only perfected it, and he left the country, as Bowering says, with ‘Laurier’s nightmare.

“It’s a pity that Mulroney will likely never share Bowering’s view of history, wherein the patterns repeat and those who try to “fix” the intersecting gears are quickly ground to dust. With the country now full of me-firsters and other assorted Mulroney-spawn, it’s left for us to hope that Bowering’s book will prove a useful antidote to the poisonous spores that still drift about the land.”—Michael Bryson, Quill & Quire

“The main problem with the book is an apparent lack of research…For anyone familiar with Canadian history, the book has a recycled feel about it and doesn’t bring much that is new to the table…For the most part, the writing is deadpan and distant.”—Lawrence Martin, Ottawa Citizen

“This is splendid, intelligent stuff…an elegant, witty, penetrating, cynical and ironic history of Canada seen through the lives of its prime ministers…Bowering has a sharp eye for trickery and an unerring sense of chaaracter”—The Toronto Star

“Bowering is a stylist. This man could make a mission statement readable. And he does something of a Cana miracle with the flat waters of Canadian politics.”—Rex Murphy, Globe & Mail 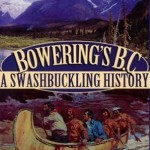 “Why swashbuckling? An odd word in this context but then I realized that it doesn’t apply to the way the history is written or to the two-time Governor General’s Award winning poet who wrote it, but to me: to me and all the other interlopers who have come to this part of the world by sea and river and mountain pass in search of furs, gold, wood, and prosperity and who, in the process, have swashbucklingly imposed our own vision of history upon the peoples who have been here for thousands of years before us.”—Quill & Quire

“McHistory…[This book] bears a mind-numbing resemblance to those deadly history texts that bored us all in school. Thank goodness kids these days are taught to use a library.”—Heather Robertson, Canadian Forum

“This book should be required reading for every British Columbian. Bowering, meanwhile, should be allowed to write nothing more until he has tackled the history of the rest of Canada—hypocrisies and all.”—Chris Wood, Maclean’s

“This is a big, beautiful and interesting book…it sparkles.”—John Harris, The Vancouver Review

“Consistently working to enlarge and deepen the reader’s sense of the human experience in BC, this richly variegated, highly personal confection will be viewed with a skeptical eye by those who think that proper history should be served straight up. Everyone else, though, will be able to read it with profit, interest, and pleasure.”—Allan Smith, BC Studies